I am pleased to see the Conservative Party has used an arcane bit of filibustering to scotch Labour’s latest attempt to extend the franchise to 16-year-olds.

It is not immediately clear why the Labour Party is making so much of extending the franchise below 18, though a cynic might point to the idealism of youth and the overwhelmingly left-wing politics of the educational establishment which young people are now legally obliged to continue encountering until the age of 18. But it should not be permitted to happen.

If you look at the people who advocate for votes at 16, they are invariably well-insulated from the consequences of bad politics. Teenagers typically live with their parents and do not pay tax (or certainly the kind of teenager who gets het up about the franchise is unlikely to be already in work and living independently) and as such have relatively little stake in the hard consequences that result from a general election, except at one remove via their parents. 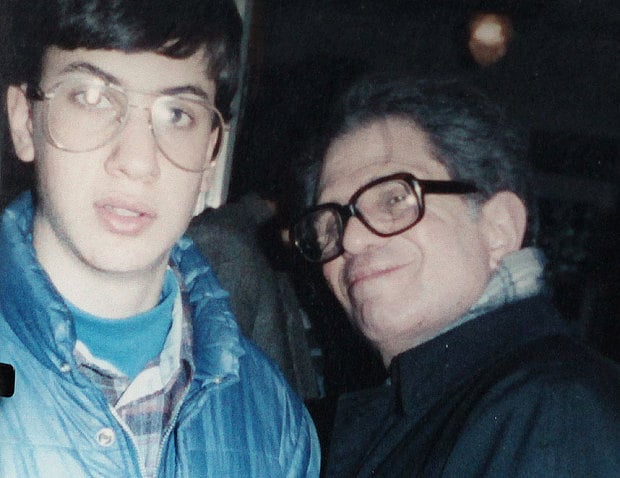 Along with the kind of teenager who gets passionately het up about politics as a kind of abstract and vehicle for high-minded ideals (see illustrative example above), and who has little skin in the game as he or she does not yet pay tax or incur adult responsibilities, the other kind of voice calling to extend the franchise is a certain kind of career politician. Such people are insulated from the consequences of bad politics by an influential network, a good salary and plenty of job opportunities should he or she be voted out. For career politicians advocating the policy, extending the franchise is either a kind of grandstanding (you could call it attempting to cling to the coattails of the Pankhursts perhaps) or (whisper it) perhaps a cynical attempt to recruit an extra 1.5 million voters with little life experience and, it is presumed, in the main quite left-wing ideals.

The problem is that these two groups busy trying to tamper with the franchise, at little personal cost to themselves, are trivialising it in the process. Voting seems trivial to them, because the outcome of general elections don’t change much for them. But regular adult voters, who pay tax or receive benefits, drive on the roads, have to navigate the healthcare etc etc, voting is one of the few real and substantive levers available to make a meaningful impact on the direction of the country. Extending the franchise to children too young to drive, to end their education legally or to live independently without their parents’ permission would confirm the already pervasive suspicion that no serious decision is ever put to the electorate in case they make the wrong choice. (The EU referendum is the single, wonderful, accidental exception to that rule, for which the political class will never forgive David Cameron.)

In the aftermath of the Brexit vote we have a chance to return politics to the people and away from the stifling consensus that has deadened political engagement since the end of the Cold War. As Sam Hooper puts it

for too long Britain has been run by cautious, unambitious identikit drones who nominally belong to Team Red or Team Blue but ultimately hold the same basic worldview and seek to inch us incrementally toward their shared vision of the future, without even thinking to meaningfully consult with the people or explain their actions.

The electorate rejected that consensus, decisively. In Robert Peston’s words, the electorate threw all the cards up in the air because it was our only chance to do so. We have a chance now to return democracy to something in which voters have an impact – an end to consensus politics, a chance to put all the options back on the table, to return to politics red in tooth and claw. But for that to happen, politics has to be the preserve of grownups. I don’t buy this idea that minors should have a say too, because they will live with the consequences longer. If that were the case, my 14-month-old toddler should also have a vote, and hers should count more than the teenager’s since after all she is going to live with the consequences longer. Right?

No. You have to draw a line, and anyone who has spent any time talking to 16-year-olds (the normal sort, not the sort that makes speeches at Labour Party conferences) knows that even 18 is pushing it and 16 is just silly. Unless, that is, you intend for voting to be a kind of decorative ritual on top of a technocratic politics that continues along the path its mandarins consider best regardless of which team is notionally in power. In that case, it makes very little difference whether teenagers vote or not, because it makes very little difference if any of us do. But if we want to preserve voting as something that can obtain a meaningful result, on topics that matter, it should not be the preserve of children.